On May 8th construction began. The night before we spent some time at the building site taking in the pristine landscape for one last time before it became a decimated countryside for the next year (or likely more). However nothing could have prepared us for what we were going to see the next day. 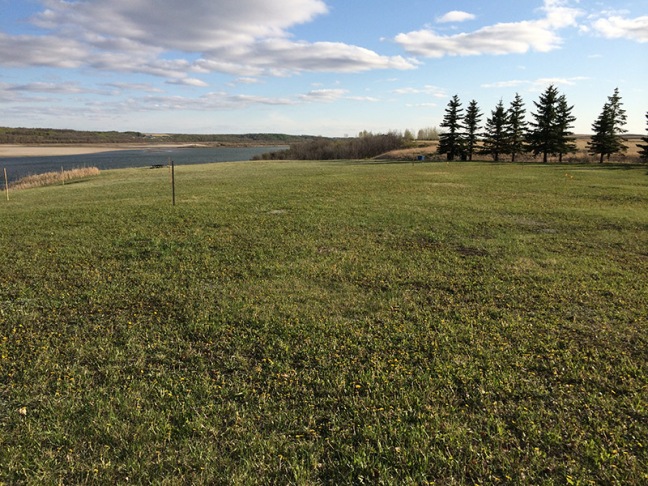 The morning came and the excavator was there at 7:30 am. I had a lot of paranoia about the depth of the basement (little did I know how this would come to haunt us later). I had heard several stories of excavators not digging people’s basements deep enough. At times even going 3′ too short and leaving an awkward looking house poking out of the ground. I did not want a pimple on the prairies. We wanted our house to hug into the land and look like it fit. We wanted to be able to walk from the grass to the house and only have to take a single step in. Because of that we had to dig the basement DEEP. Like really deep.

We had to have a Geotechnical Survey done of our land before building. Fortunately when we bought it, the previous owners had already had one done (with a $5000 price I was glad to know it was thrown in already). You see, being the river bank, even though we were 180′ from the river and about 60′ up from the water, there is still a risk of the land heaving. There isn’t much concern of erosion as where we are (on the concave side of the river bend) the erosion would happen on the other bank. Nonetheless the Geotechnical Survey said that we had to have concrete pilings and a structural slab basement.

As a result, the basement the depth was affected by the following: walk-in main level, pilings, structural slab, 8″ of under-slab EPS insulation (R32), 9′ ceiling, interior grade beam, and interior I-joists. All of this added up to a basement that was a whopping 11′ underground at the back. That’s deep.

The excavator as he was digging told the project manager that he had never dug a basement that deep before. 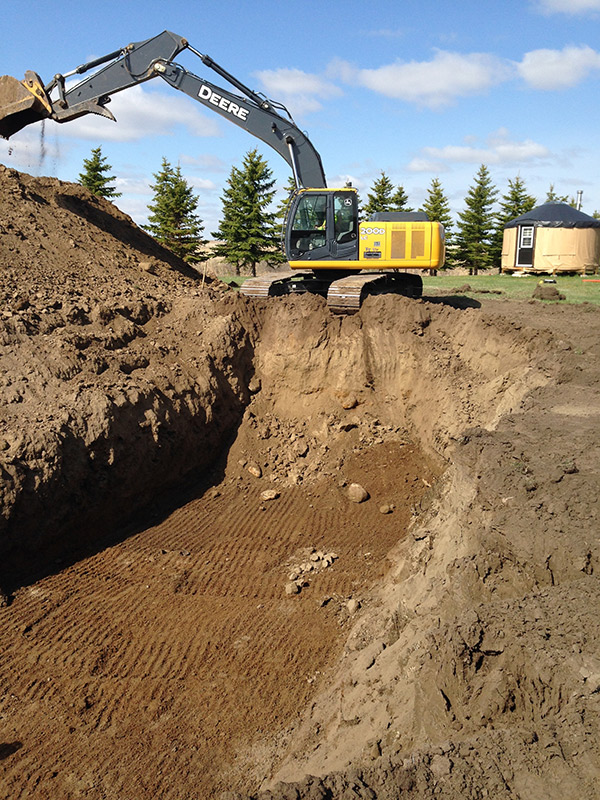 Getting home that night and seeing the hole in the ground was shocking. My first thought was, “Oh my God, our beautiful site is a mess!” Followed by, “Holy shit, that is a mountain of dirt!” Followed by, “What in the world are we going to do with all of this crap?” And lastly, “Whoa that’s where our house is going!”

It was surreal looking at that hole and realizing that we had made that happen. There was no more talking. Now we had some serious action.

Due to the depth of the basement, the excavator had to dig a ramp so that the piling truck could drive into the site. Early the next week, 24 pilings were dug. Half of them we 22′ deep and the other half were 18′ deep. Incredible! There was no seepage and no water found, but they said that the clay they dug up was as thick as concrete. 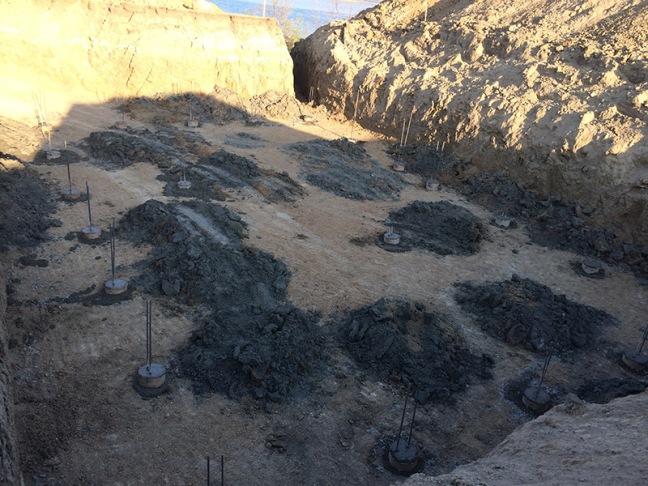 Taylor, our contractor with EcoSmart Developments, was biting at the bullet to get going. The same day that the pilings went in, he and his partner, Curtis, had the pilings filled with concrete and supported with rebar. The following day he had the void forms around the pilings and the forms built for the footing. And before the end of the week had the concrete poured for the footings and ready to cure for the weekend. The rapid progress, in one week, was amazing. We had the thought that this just might go faster than we had expected.

That is until the septic contractor came by the site and with horror asked, “What have you done?! Why is this basement so deep??!”