I had so much anxiety about the excavation of the basement and the ensuing gigantic piles of dirt. 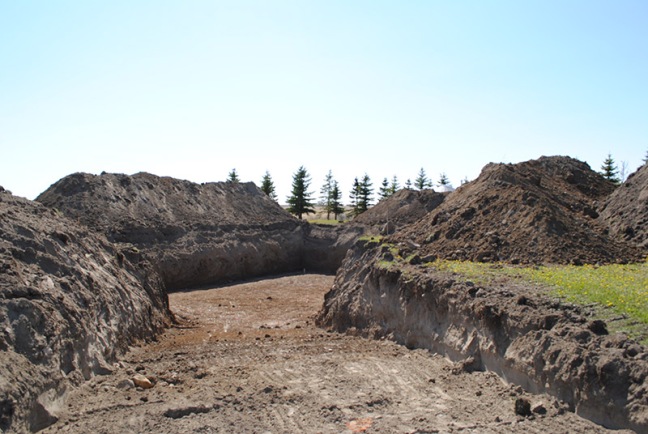 I honestly cannot tell you how much sleep was lost as a result. My mental health deteriorated and my drinking increased.

Here were my main concerns:

1. The majority of the dirt should have been moved on the day of basement excavation.

2. It had caused major issues and potential of massive cost overruns due to the septic system needing to be repositioned (yes this disaster was averted).

3. The cost of excavation that we got from Mr. A-hole was astronomical. The quotes I received from two other companies were very high as well, but less severe. Nonetheless we hadn’t budgeted for it at all – so it all just seemed terrible to me. I did seriously debate for awhile about how long it would take me and how much diesel it would cost to move the dirt with the 60″ bucket on my little tractor.

4. I was super worried about access of a septic pumper truck to the new septic tank placement (the original spot would have been fine but the new placement we had not made sure of this as it was decided after the foundation work had already started) as well as the water truck that would need to haul water in for us. It was impossible to get any idea of the spacing with so much dirt piled all around the house.

5. The dirt looked horribly ugly and completely blocked what used to be our pristine river view. Sigh.

6. And we still hadn’t confirmed anyone to actually do the work – there were estimates of anywhere from 10 hours to 24 hours of work to move the dirt. When you are paying upwards of $400/hour for all of the equipment, that is not reassuring.

7. Framing could not begin until the dirt was moved and backfill complete. Meaning there could be huge delays if we could not get someone in quick.

All and all, I was STRESSED.

That is until I met Murray Perehudoff who owns M&L Backhoe Services. He was highly recommended from our builder. We explained to him the situation of being screwed by our former septic/backfill contractor and that we were in a bind. Murray was willing to come out the following day and take a look at the situation. I was super impressed (we ARE out of the way where we live). He checked it out and thought it would likely take one day of work! He could also do the septic system for us – two days tops, he said (I’ll remind you that Mr. A-hole had projected 8 days for septic install, backfill, and dirt hauling).

“I could probably move some other jobs around and be here on Monday for you.”

Like this Monday? OMG, that was exactly the day that Mr. A-hole and his crew of buffoons were supposed to have come out! What a saviour.

If this worked out (and his price was reasonable) we wouldn’t lose any time on the project. And if it went as quick as he thought, well, we would gain 5 days! Could it be true??

As if it could not get any better, he had a quote to us by the next morning. Not only was it reasonable, but it was 15% lower than the original quote from Mr. A-hole (we had decided to forfeit our septic deposit, grudgingly [although legally, as we discussed with our lawyer we did not have to when we told him that “his services were no longer required.”] – we worried about him battling us legally over it or just making our lives miserable. It was not worth our stress so we decided to forfeit it and move on. But having the slightly lower quote balanced out this loss).

By Monday at 8am they were ready to go. That day felt terribly long.  All I wanted to do was to get home and see what they had done, how it looked and to hopefully alleviate my concerns of spacing.

And wouldn’t you believe it, by 4pm they were done! All of the dirt moved, a berm created along the driveway, the basement was backfilled and the site graded. I have never been so excited to see a flat piece of dirt before. 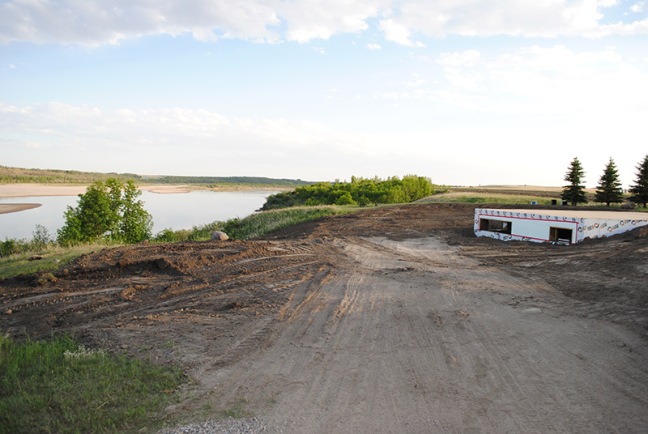 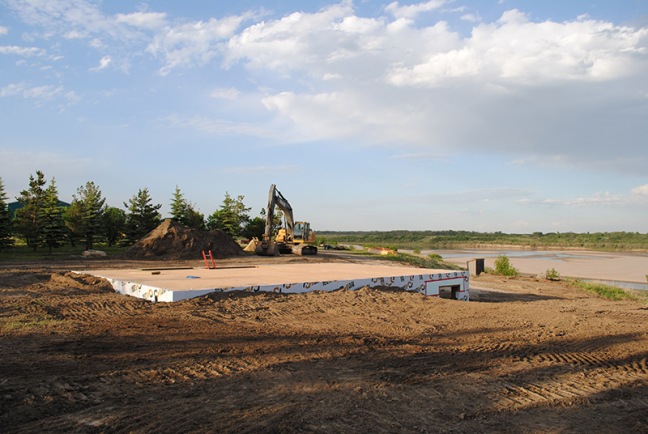 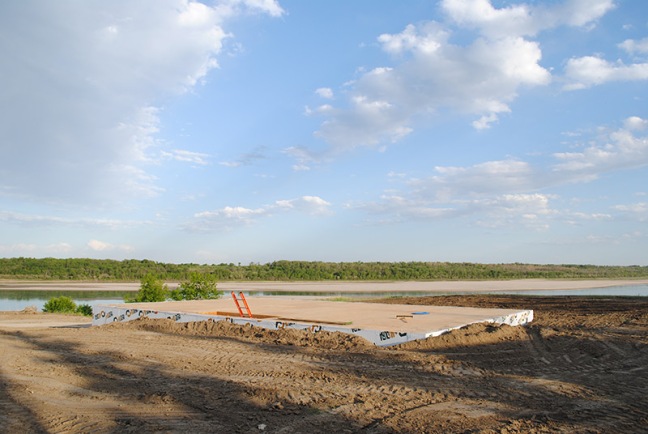